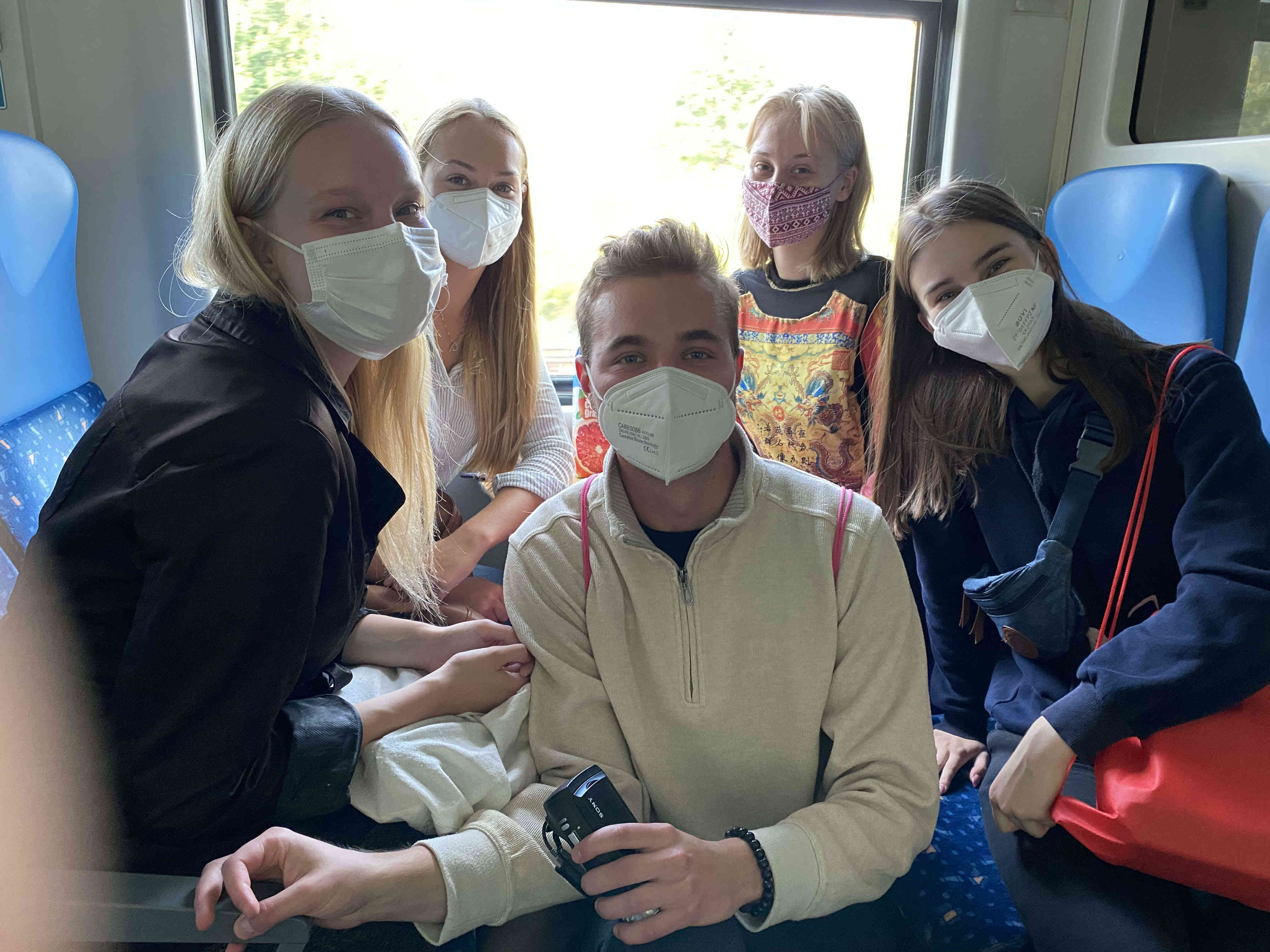 Here we are at Kosice train station on a sunny Monday afternoon to buy our tickets for the ride that is ahead of us. One last photo and we are ready to go. Our train leaves at 15.01 departing from Kosice, direction Humenne.

As soon as we board the train, we see that it is almost full – people are going home from
school or work since Kosice is the “capital“ of eastern Slovakia and finding a job in the
countryside is not that easy.

We begin the interviews with a man in his thirties who is happy to answer our questions.
When he is asked whether he can see the presence of the European financial support within his
region he responds rather vaguely and concludes that he is not really aware of the presence of
any projects being realized in his surroundings. When he is asked where does he see
opportunities for potential improvement he is again vague, stating that he is not really
interested in such issues neither does he understand them.

Our second respondent is a middle-aged lady who is traveling home for work. “Of course,
there is a lot of room for improvement! People do not have jobs and they have nowhere to
live! My daughter is twenty-four and she still lives with me as she cannot afford to live
independently because as a fresh university graduate, she cannot find a job.” The lady is quite
emotional about her answer as she underlines the importance of meeting the existential needs
first and then focusing on the bigger picture.

Only one respondent, a university student, was able to identify and recognise the presence of
projects funded by the EU. She described what projects in her hometown were implemented with
Cohesion funds from the EU and also mentioned that the healthcare and education sector would
greatly benefit from more EU support.

During the interviews we notice one common theme in the respondents’ answers: the wish to
have basic needs such as a stable job or financial security met first. One of our respondents
ignores our questions altogether and uses his answer to express his deep dissatisfaction with
the current situation. “What could the European Union change? Nobody cares about us as
people, we are left to deal with our issues alone.”

A lot of passengers who were asked whether they would agree to do the interview answer in
one of two ways: “I do not understand these European issues, find someone who could give
you better answers than me” or “my opinion is so bad that you do not even want to hear it.”
At one moment we even get worried about whether we would be able to find someone who is
willing to participate in the short interviews.

As we approach our destination, we realise how much did people told us even though the
answers were mostly vague, negative, or the respondents admitted they were not interested in
a given issue. Priorities and interests of the people we interviewed seemed to be more focused
on the individual existential needs rather than on high-flying ideas and questions regarding overarching regional
development in relation to the European Union.