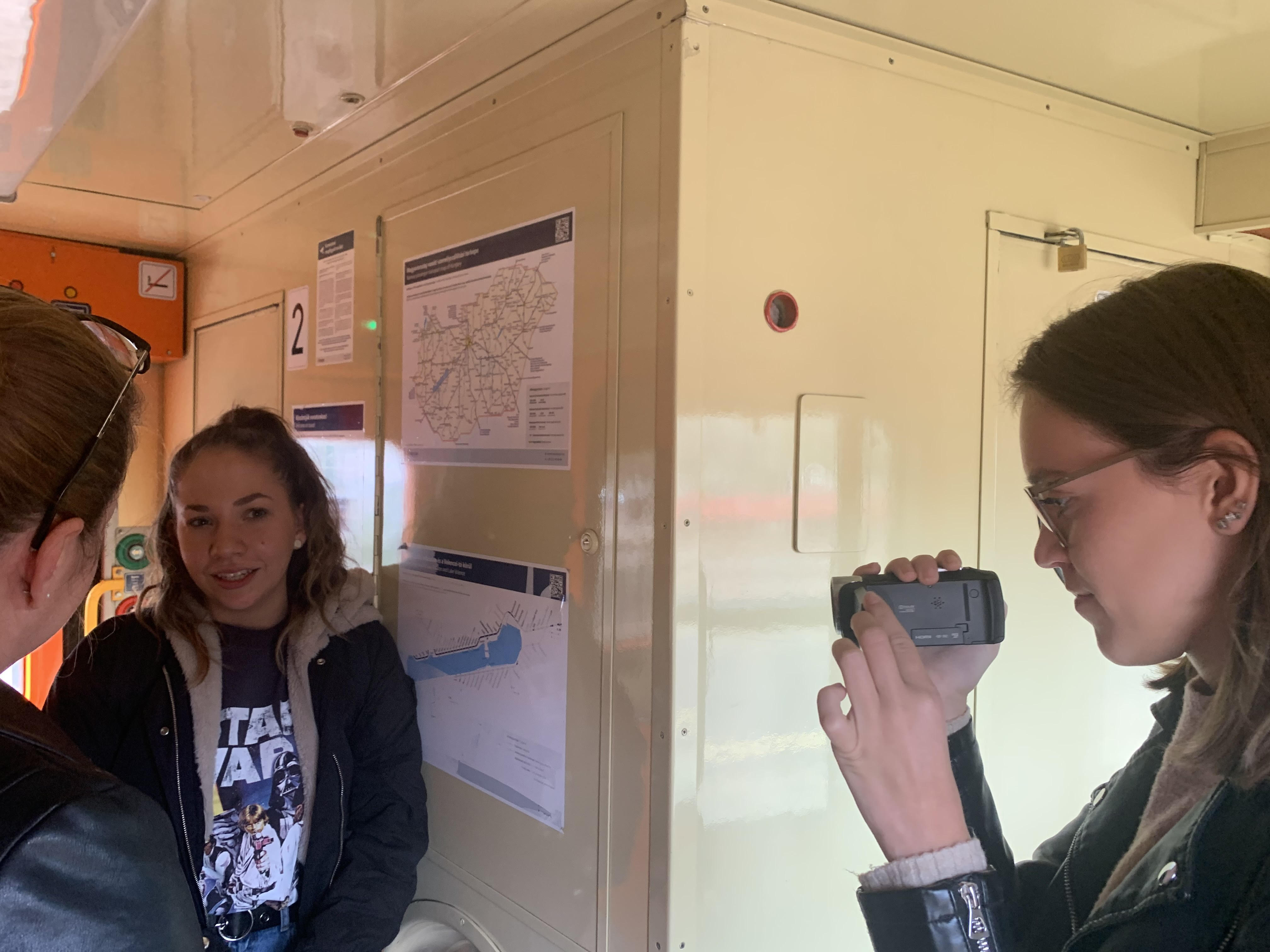 We started our journey interviewing the public in a busy hour, Friday afternoon, rush hour
everybody on their way home in the train station of Kecskemét. Surprisingly people on their
way home or waiting for their train were quite open to sharing their thoughts and opinions
after hearing us out. Maybe the useful gifts we provided for them a bag with the eu4myregion logo
and the survival kit were part of their motivation 🙂

We mostly directed the conversations towards the effects of introducing the euro as the
currency of Hungary like many states had done before us in the EU. Our subjects also
mentioned how they would make use of the financial help the EU provides for their state
countries. After showering some brave individuals with questions at the station we got on the
train headed to Kiskunfélegyháza. Our experience proved that people already sitting in their
cabins getting comfortable were more withdrawn.

Especially elderly people were noticeably unwilling to answer. They rejected our request even
before mentioning our intention to record their opinion.

The younger generation was more willing to share ideas but got shy regarding the public
appearance and preferred not to participate in the video recording, although we still listened to
their thoughts and included them in our final summary about the connection of Hungary and
the European Union.

Surprisingly multiple people including 2 youngsters probably in university with a personal
connection to people with experience working in Hungarian healthcare, have mentioned the
current situation in health care in our country as a negative aspect as to say it would be
effective to improve that with the help of the European Union.

Also, the young generation which we mostly had the chance to talk to, was absolutely open to
the introduction of the euro in Hungary, which personally surprised us a lot. They proceeded
to explain their point with the easier usage and avoiding the difficulties of conversion of
currencies in case of traveling in the EU. Although they admitted not to be that professional
and that they might not be as invested as they should form an incontestable opinion.

Another commonly mentioned subjects were the environment and its importance regarding
the changes and effects of the tourism, transport, and trade between Hungary and the EU. A
notable amount of people considers environmental protection and impact as a first priority.
All together the people were quite oblivious towards more detail questions about the impact
that the EU has and preferred to keep the subject in their personal life and experience.